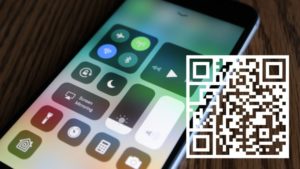 Hinted at earlier, this is promising news regarding broader deployment of QR codes and NFC.

“Those two new features in iOS 11 are a native QR code reader built directly into the Camera app, and an expansion of the onboard NFC chip support to allow it to read NFC tags in the real world (previously, NFC was strictly limited to Apple Pay use).”

Sadly, at least iPhone 7 is required for taking advantage of the enhanced support for NFC. Also, iOS will not read and interpret NFC tags on its own. You need to install an app that does that for you. That’s limiting compared to Android’s implied support, that’s supported by almost all Android phones on the market by now.

Android has already full support for NFC, associated with apps and accessible via API, and has supported QR codes via the camera app for years (if you configure Goggles to support it, that is), even though few know about this. Hopefully the QR code access is more immediate via iOS, which should push Google (and phone manufacturers) to do the same.

Yet, lack of proper support in iOS has hampered the use of these methods overall.

Watch out for the upgrade September 19.

Note also that Eddystone can provide an experience similar to QR codes and NFC, yet without any need for close proximity.